Home > In The News > Media Coverage > ITT Schools in the U.S. Close Their Doors

Al Rojo Vivo, a news show on Telemundo, the Spanish-language TV network, interviewed TELG principal David L. Scher about the shutdown of ITT Technical Institute, a for-profit college network that was the subject of a whistleblower lawsuit by TELG client Rodney Lipscomb. Dave explained how Rodney was fired after raising concerns about ITT's practices — concerns that were echoed by federal investigators. 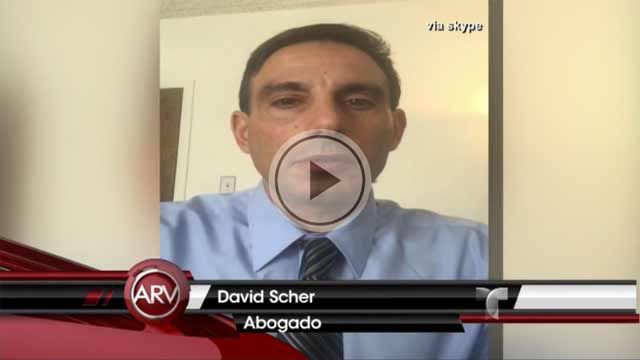 ITT Schools in the U.S. Close Their Doors

(Original broadcast in Spanish; translation by The Employment Law Group)

María Celeste (anchor): Today thousands of students in the United States have lost their career path — and many employees are losing their jobs. This follows the announced closing of education giant ITT Technical Institute, which has campuses across the country. Jorge Miramontes is in Los Angeles with more on the controversy.

Jorge Miramontes (reporter): That’s right. ITT, its English acronym, operates 130 vocational schools — like this one — in 38 states across the U.S. Today, all have ceased operations due to state and federal investigations that targeted the school’s recruitment and accounting practices.

The scandal at ITT, which reported $800 million in revenue last year, erupted after the Accrediting Council for Independent Colleges and Schools—along with 20 state and federal prosecutors—started looking into complaints that the vocational school was pushing its students into bad loans.

Rocky, a war veteran who graduated from ITT in 2014, asked for anonymity. He said he was pressured by the ITT reps who recruited him.

Rocky (former ITT student): I know that they were going after veterans left and right. They contacted me before I could even contact any other school, and they made it sound really good. Then they took all my loan money.

Miramontes: According to a complaint filed by Rodney Lipscomb, a former dean of academic affairs on ITT’s Tallahassee campus, the school recruited unqualified students just to get their federal financial aid. After Lipscomb reported this fraud, says his attorney, he was fired.

David Scher: He worked there for about two years until he was fired after protesting all the fraud that was going on. He was fired, we allege, because he wouldn’t stop talking and complaining.

Miramontes: In a letter addressed to students who were affected, the Secretary of Education said that “If you are currently or were recently enrolled at ITT, you may be eligible to have your federal student loans for your program at ITT discharged. Your federal loan debt will be wiped away and you will have the option of restarting your education somewhere new. We will post and update information about how to receive a discharge at our ITT announcements page.”

Randy Ramirez, who until this week was pursuing a systems administration degree, is one of the 45,000 students affected by the school’s closure.

Randy Ramirez (affected student): It took me by surprise. I guess we’ll just wait and see what happens here.

Miramontes: Meanwhile, ITT Technical Institute says that recent sanctions by the Department of Education forced it to shut down operations — and that it made the decision only after exhausting all other options.

From Oxnard, California, I’m Jorge Miramontes. Back to you in the studio.

Celeste: ITT insists that the sanctions were unjustified, and that nothing has been proven. The company also complained it hasn’t had a hearing or a chance to appeal. For its part, a forceful Department of Education ordered ITT to pay $152 million within the next 30 days to cover student refunds.