Home > What We Do > Whistleblower Law > Report Medicare Fraud for Rewards 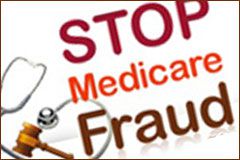 In the past five years, the federal government has paid more than $1.85 billion to healthcare whistleblowers.

Under the False Claims Act (FCA), the government may pay a reward of up to 30% to people who report healthcare fraud. Congress has enacted laws that forbid retaliation against whistleblowers. Similar laws exist in many states. If you've witnessed Medicare fraud in your workplace, these laws may protect you while you do the right thing.

Your first step is to contact us. Our firm has represented many healthcare professionals, including:

Our clients have won settlements in multiple cases under the False Claims Act. In September 2019, TELG client Kevin Manieri was awarded more than $12 million for reporting that a drug company defrauded Medicare and other government insurance programs by encouraging doctors to prescribe an unnecessary medication to patients. In March 2016, our client Joseph Ting was awarded more than $7 million for revealing overbilling and unnecessary testing by 21st Century Oncology, a large cancer-treatment company.

In August 2016, our client Lori Moore won praise for uncovering Medicare fraud by her former employer, an ophthalmologist who led a lavish double life. The previous year, the revelations of our client Cheryl Sifford, an experienced nurse and administrator, led to a $2.2 million settlement with an Arizona hospice operator accused of admitting Medicare patients who weren’t properly certified for end-of-life care — including some patients who weren’t even terminally ill. The U.S. government has awarded a TELG client 20% of its settlement with a sleep-disorder facility that pretended to diagnose sleep problems. And two TELG clients helped the government reach a $2.8 million settlement with clinics accused of billing Medicare for physical therapy performed by unqualified staff members.

The FCA’s qui tam provision provides a reward of 15% to 30% for successful claims, as well as litigation costs, including reasonable attorney fees. If a whistleblower suffers unlawful retaliation, such as being fired for reporting fraud, the FCA provides a "make-whole" remedy: Prevailing plaintiffs can be reinstated and receive damages that may include front pay, double back pay, interest on back pay, litigation costs, reasonable attorney fees, and compensation for emotional distress.

As with all legal claims, deadlines are crucial. The statute of limitations for the FCA generally requires lawsuits to be filed within six years of a violation — or no later than 10 years in a few specific circumstances. Claims of illegal retaliation under the FCA must be filed within three years. Other claims, including claims filed under state laws, may have shorter deadlines.

What reward is available to Medicare fraud whistleblowers?

To encourage whistleblowers to file lawsuits that expose fraud against Medicare and other government programs, the FCA awards such “relators” up to 30% of any money the government recovers as a result of their litigation.

What is Medicare, anyway? How does Medicare fraud typically work?

Medicare is a government health insurance program for (a) people aged 65 years or above; (b) people below 65 years of age living with certain disabilities; and (c) people of all ages with end-stage renal disease. It includes hospital insurance, medical insurance, and prescription drug coverage.

In the simplest terms, Medicare fraud occurs when healthcare providers bill the government for services or supplies that have not been provided. Such fraud is rampant, costing taxpayers hundreds of billions of dollars each year, according to some estimates.

What are some common fraudulent practices?

If you work in a hospital or medical practice, you may have witnessed one or more of the following illegal activities:

Both federal and state statutes may apply to Medicare fraud, which may be treated as both a criminal and a civil matter. The most prominent federal laws that may create liability include:

How do I report Medicare fraud?

Anyone can report fraud directly to the U.S. government by going to the Department of Health and Human Services’ OIG Hotline Web page. Alternatively, you can call 1-800-447-8477. These avenues are valid for reporting any kind of Medicare fraud, including fraud by individual Medicare recipients.

If you have direct evidence of a large, ongoing fraud, you may become eligible for a substantial reward by filing a whistleblower lawsuit on behalf of the government under the False Claims Act. To qualify as a Medicare whistleblower, you must be the original source of information not known to the government or public. You should have no part in planning, initiating or participating in the fraud being reported. Medicare fraud cases can be quite complex. Changing laws and regulations concerning Medicare further complicate issues. The legal services of a whistleblower attorney can be invaluable in building a successful healthcare fraud case.